I conceived the idea of comparing smoke-free casinos in Illinois with nearby smoking-permitted casinos in Missouri in April, 2007, when it started to look like Illinois would pass a comprehensive statewide Smoke Free Air law which would include casinos. That possibility became closer to reality when the Smoke-Free Illinois Air Act was signed into law on July 23, 2007.

A group of researchers in the Center for Tobacco Policy Research, led by Douglas A. Luke, PhD, expressed interest and wrote grant proposals for a major study but the effort was stymied by a lack of funding.

Fortunately, MoGASP managed to obtain a small grant from a private foundation to pay for one researcher, Jenine K. Harris, PhD, to work on the project part-time. It has been a long and arduous undertaking for Dr. Harris. In reality, she devoted far more time to this project than was covered by MoGASP’s grant, and the other coauthors provided assistance without charge. All have PhDs except for me. They are Bobbi J. Carothers, Douglas Luke, Hiie Silmere, Timothy D. McBride, and Martin Pion, BSc., MoGASP president and author of this blog. Some background on the coauthors:

– Professor Douglas A. Luke is a leading researcher in the areas of health behavior, organizations, policy, and tobacco control. A top biostatistician and social science methodologist, Professor Luke has made significant contributions to the evaluation of public health programs, tobacco control and prevention policy, and the application of new methods to community health interventions.

– Tim McBride is an economist who works with the Brown School of Social Work and typically studies healthcare reform; he helped identify the economic variables, including the housing variable, for this study.

Dr. Harris also notes that, contrary to the comments on stltoday, she is NOT a social worker, nor a social work student.

“This report is NOT about revenue, and makes no claims about revenue: It is about admissions. We were driven by the arguments that casinos in Illinois would lose patrons to neighboring states. This is a point that David Nicklaus’s Post-Dispatch article may not have made clear.”

Personally, embarking on this effort it wasn’t evident at all that we would get this result since accepted wisdom has often suggested the reverse to be true, i.e. that making a casino smoke-free leads to a net loss in revenue. And I should emphasize that MoGASP was not, and never has been interested in funding research to reach a foregone conclusion.

Although there are plenty of pro-smoking comments on stltoday, I did notice some that were positive, like the following two:

BRIAN W said on: June 28, 2011, 2:42 pm
All I know is that the only casino in the St. Louis area that has gotten my money has been the Casino Queen, DUE to the smoking ban…I will not set foot in the smoke infested Lumiere or Rivercity casinoes…. 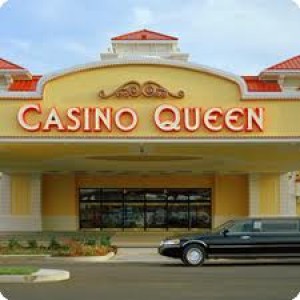 Ever since Illinois implemented a smoking ban in January 2008, the state’s casinos have been lobbying for an exemption. As Kevin McDermott reported in March, the industry blames the ban for as much as $800 million in lost revenue.
Now an academic study, funded in part by Missouri Group Against Smoking Pollution, says the ban didn’t cost them a cent. The article in the journal Tobacco Control carries a provocative title:
Exempting casinos from the Smoke-free Illinois Act will not bring patrons back: They never left
The study’s authors, led by Jenine K. Harris of Washington University’s George Warren Brown School of Social Work, analyze casino admissions in Illinois and four neighboring states* in 2007 and 2008, before and after the ban took effect. They control for economic conditions by including each state’s unemployment rate and building-permit activity in their equation.

*mogasp correction: Illinois casinos were compared with those in the following three, not four, neighboring states: Missouri, Iowa and Indiana.

The economic part was important, the authors note, because a nationwide recession began in December 2007, almost simultaneously with the smoking ban. In the end, they end up blaming all of the casinos’ lost business on the recession:

The study contradicts a 2009 assessment by the Illinois Commission on Government Forecasting and Accountability, which concluded:

It appears that the indoor smoking ban and Illinois’ lack of gaming expansion in recent years (especially as compared to other states) is likely why other states have not struggled like Illinois.

The commission didn’t take economic conditions into account.
Given that Illinois is considering a major expansion of gambling to raise revenue, we probably haven’t heard the last word on this issue. The study may also be influential in Missouri, where St. Louis and St. Louis County currently have smoking bans that exempt casinos. And when St. Charles County Executive Steve Ehlmann recently blocked a smoking-ban referendum, he criticized a provision that would exempt Ameristar Casino from the proposed ban.