The following paper, published online on April 21, 2010, confirms the conclusions of a peer-reviewed paper by Pion & Givel (which it references) which was published in Tobacco Control in March 2004, titled “Airport smoking rooms don’t work.” 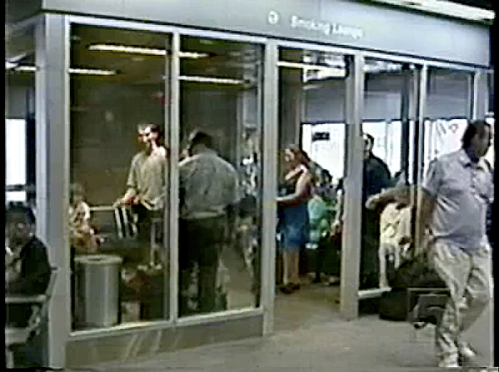 This new paper provides important scientific validation of that earlier work which has continued to be ignored for years by St. Louis officials.

Lambert Airport officials in St. Louis have routinely used industrial hygienists to “prove” the smoking rooms are 100% effective at containing secondhand smoke. Those individuals have misapplied federal standards and used flawed methodology to reach those conclusions but that hasn’t stopped Lambert Airport from using these (non-peer reviewed) studies to retain the smoking rooms in the airport and oppose city and county legislative efforts to make the facility smoke-free.

This paper adds urgency to the need for airport officials and city leaders, including Mayor Francis Slay and President of the Board of Alderman, Lewis Reed, from taking action to remove this known human carcinogen. St. Louis City shouldn’t wait until its smoke-free ordinance kicks in on January 2, 2011.

Below is the abstract, reproduced from Nicotine & Tobacco Research, doi:10.1093/ntr/ntq054 on the web.

Air quality in and around airport enclosed smoking rooms

Introduction: Smoking rooms have been installed in some airports to allow indoor smoking. There have been few field studies to measure fine particle leakage in operational smoking rooms. The objective of the research was to assess air quality inside and outside the 4 smoking rooms located within a medium-sized, regional commercial airport.

Methods: Particulate matter less than 2.5-µm (PM2.5) concentrations were simultaneously measured inside and outside the 4 smoking rooms in the airport and in the public lobby. The monitoring was conducted during normal hours of operation. Numbers of people and smokers were counted. The airport had separate ventilation systems for all 4 rooms checked by the airport prior to monitoring, and they were operating properly.

Results: Although there were few smokers in each room, average PM2.5 concentrations inside the smoking rooms were significantly higher than the National Ambient Air Quality Standard for 24 hr (35 µg/m3). Fine particles from secondhand smoke (SHS) leaked to the outside in 3 of the 4 smoking rooms, exposing workers and the public.

Discussion: Although the ventilation systems in the smoking rooms were operating properly, fine particles from SHS leaked to the surrounding smoke-free areas in the airport. Indoor space inside airports should be completely nonsmoking, and enclosed smoking rooms are not recommended. 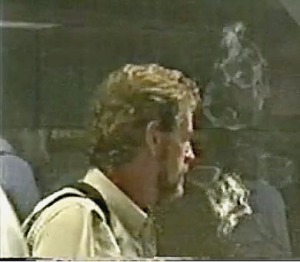 The same tired arguments against taking action to protect the health and welfare of the public and private employees are being repeated. But the winds of change are definitely blowing at the local level, even if they haven’t reached the state legislature yet. Here’s the latest report from St. Charles County where Councilwoman Cheryl Hibbeler is leading this progressive effort.

As expected, the council didn’t make an immediate decision on the proposal to halt smoking in public places by Councilwoman Cheryl Hibbeler, D-O’Fallon. She wants the matter on the Nov. 2 ballot.

Council Chairman John White, R-St. Charles County, said he prefers waiting until the municipal election next April to allow for more time to study the issue. In any event, public hearings are likely before the council acts.

Many of the arguments pro and con that have come up before other local governments were aired once again Monday, either by council members or others.

Supporters such as Stacy Reliford, an official with the American Cancer Society, said smoke-free laws have become the norm, not the exception, across the nation.

Opponents like Carol Gold, owner of the South 94 Bistro in St. Peters, said a ban would hurt businesses such as hers, result in lower sales tax revenue for the county and be unfair to smokers.

“Where are their choices — to the curb, the parking lot, their home?” she asked.

Hibbeler has said the council needs to decide whether to follow St. Louis County’s lead and include an exemption for bars that don’t sell much food. She believes it may be difficult to verify claims about food sales.

The Lake Saint Louis measure, which goes into effect Oct. 1, has no food-related exemptions.

Hibbeler and some other supporters have proposed a vote in November so a St. Charles County ban could take effect as soon as January — when prohibitions in St. Louis County and St. Louis are already set to become law.

Councilman Terry Hollander, R-St. Charles, cautioned that such a tight time frame could give St. Charles County officials too little time to prepare for enforcement. Reliford said St. Louis County, where voters approved a ban last November, has yet to firm up its enforcement plans.

Two council members declared their opposition to Hibbeler’s proposal Monday — Paul Wynn, R-O’Fallon, and Joe Brazil, R-Defiance, who wasn’t present but had a statement read on his behalf.

Wynn said a ban would take away business owners’ freedom to choose whether to allow smoking.

Hibbeler said “a business owner’s freedom crosses the line when it infringes on those people work there” and on customers.

Bill Hannegan, whose Keep St. Louis Free group has opposed smoking bans across the area, warned that his organization plans a court challenge to St. Louis’ exemption of casinos from its ban.

Hibbeler has suggested exempting the Ameristar Casino in St. Charles from the St. Charles County measure because of concern that Ameristar would finance an opposition campaign.

Kirkwood and Ballwin are now the only cities in St. Louis County with comprehensive bans; Clayton will join them in July.

Illinois has a statewide ban.

Statewide proposals pending in the Missouri Legislature are considered unlikely to pass before this year’s session ends next month.